Turner syndrome (TS) - also known as Ullrich-Turner syndrome, gonadal dysgenesis and 45,X [XO] - is a condition in which a female is partly or completely missing an X chromosome. Signs and symptoms vary among those affected, but nearly all are unable to have children.

Prevalence: close to 1 in 2,000 female births have Turner syndrome. 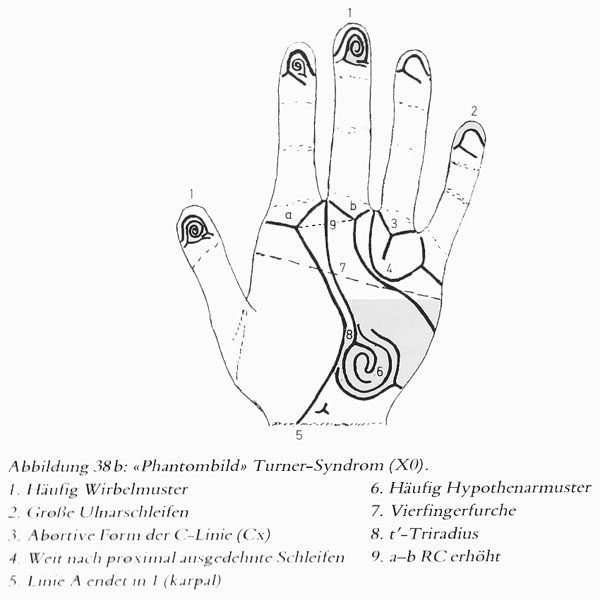 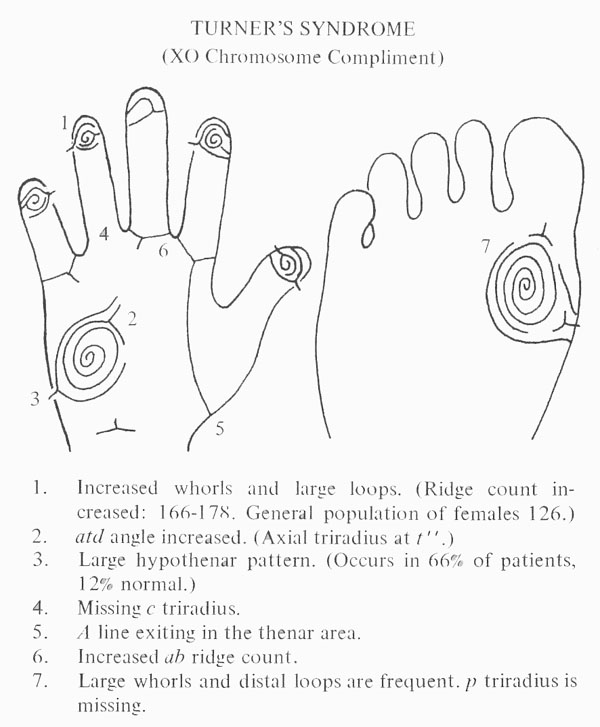 Positive metacarpal sign, or shortening of the 4th metacarpal - see photo below - is the most characteristic skeletal finding in Turner syndrome; incidence in Turner syndrome varies from 33% to 77% - versus 10% in the general population (source: E. Laurencikas et al., 2009). 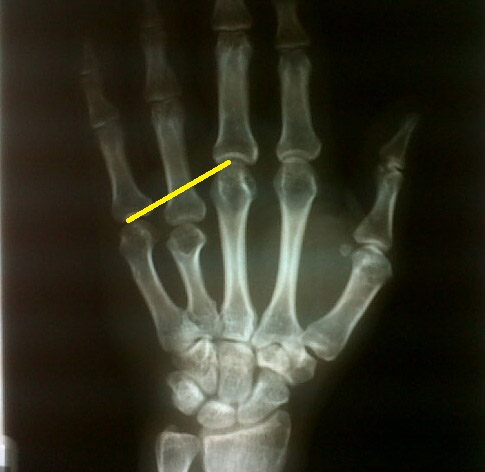 The characteristic nail changes seen in up to 70% of infants and young children with Turner syndrome are probably due to lymphoedema. Fingernails are often small. Nails show over-curvature, either concave (bowl-shaped) with the free edge turned up or deep set and overcurved side to side (convex overcurvature). Toenails tend to be more affected than fingernails. This can result in paronychia or pain when wearing shoes. Nail pitting may also occur. The nail changes tend to improve with age. (Source: DermNet NZ) 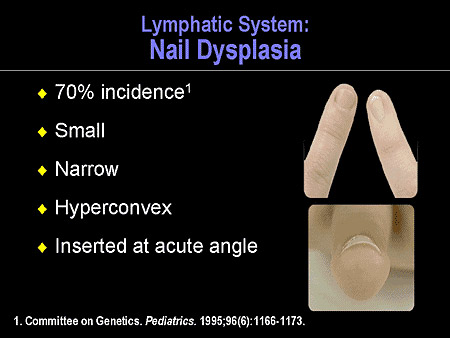 In Turner syndrome newborns hands (and feet) are often swollen or puffy at birth, and soft nails that turn upward at the ends when they are older is also often seen. These features appear to be due to obstruction of the lymphatic system during fetal development (source: Science Direct). 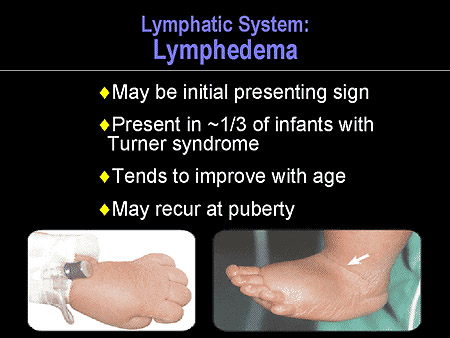 All significant hand signs listed above for Turner syndrome together cover five out of the nine perspectives of the hand as defined according Multi-Perspective Hand Reading (including hand level 4, 6, 7, 8 & 9).

A summary of the most significant hand sign combinations in Turner syndrome is described here:

Decoding the language of the hand:
hand sign combinations in Turner syndrome! Hand charts are available for many other diagnostic issues;
start browsing HERE