One rather superficial hand chart is available for Smith-Lemli-Opitz syndrome describing only 3 characteristics in the dermatoglyphics, involving: 1) increased whorls producing a high ridge count, 2) simian crease - see picture below. 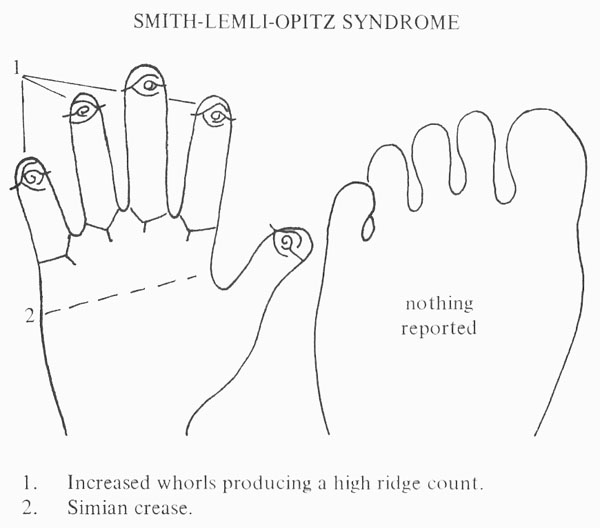 Various sources have reported that the characteristic fingerprint pattern in SLOS typically manifests in a reduced occurence of ulnar loops; therefore, next to a high occurence of whorls, a high occurence of arches is also possible (producing a low ridge count). A high prevalence of a distal axial triradius (t") and/or a thenar/ID1 pattern are also common (source: B. Scheimann & M. Alter, 1976).

A short, proximally placed thumb may also be present; polydactyly/extra fingers on the ulnar/post-axial side of the hand - see picture below - is also often present (source: Wikipedia). 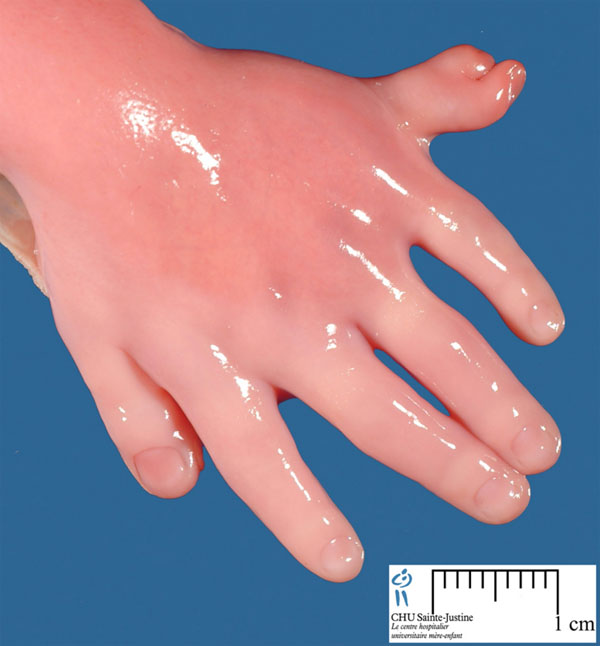 A summary of the most significant hand sign combinations in Smith-Lemli-Opitz syndrome is described here:

Decoding the language of the hand:
hand sign combinations in Smith-Lemli-Opitz syndrome! Hand charts are available for many other diagnostic issues;
start browsing HERE