Edwards syndrome, also called trisomy 13 or trisomy D, is an chromosomal condition that causes severe birth defects in newborns; the median age for babies born with trisomy 13 is close to the age of 4.

Quite a few detailed hand charts are available for Patau syndrome; most charts describe the significance of various typical features inside especially the dermatoglyphics, which manifest often combined with a simian line (= single transverse flexion crease). 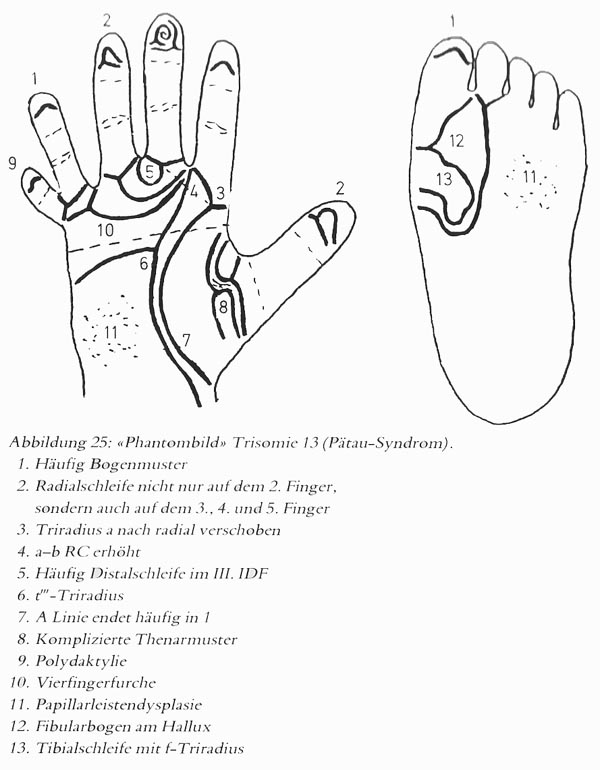 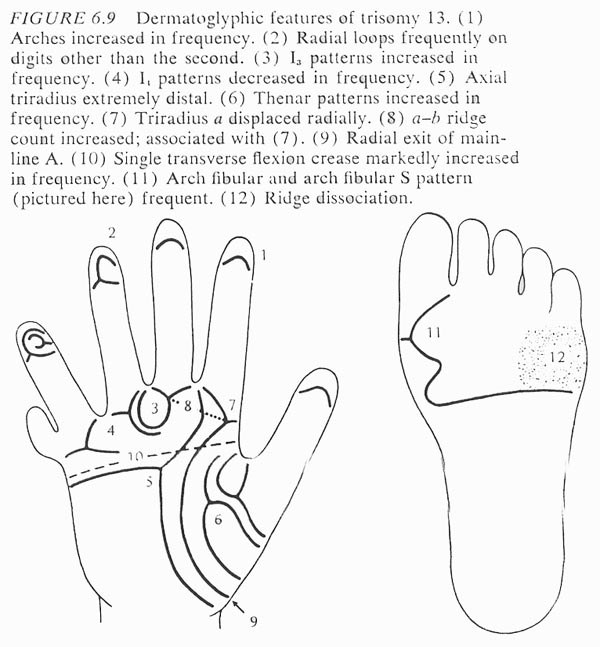 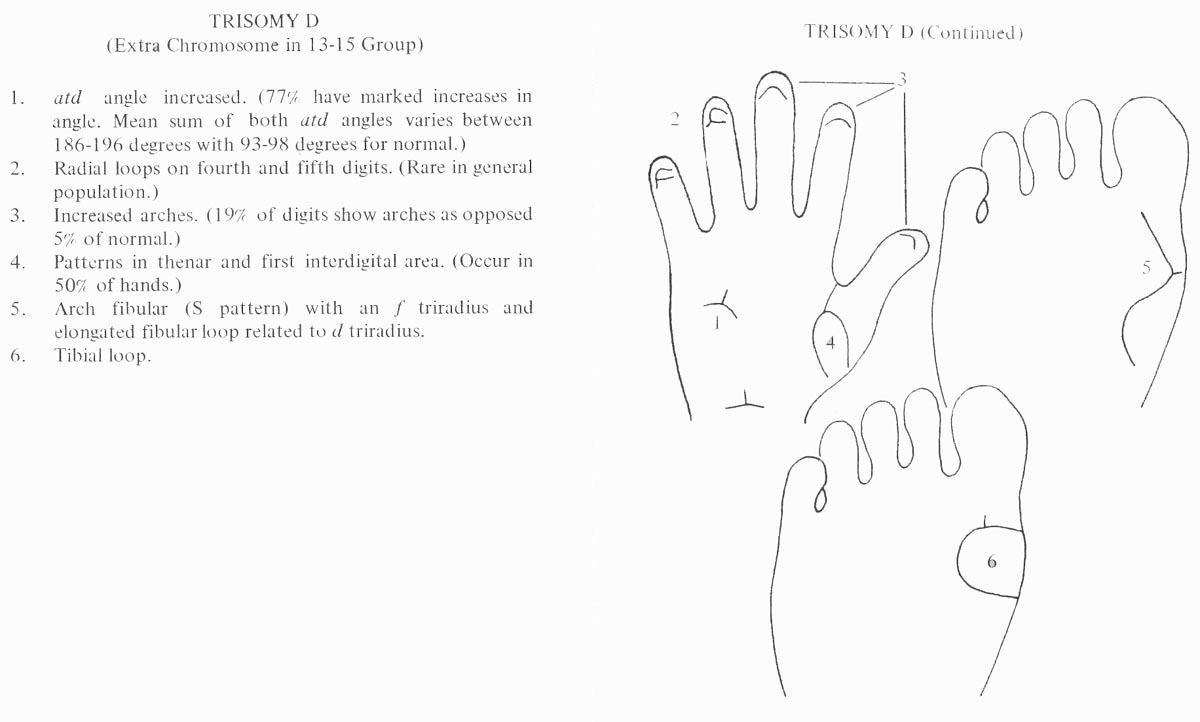 Small hands, as well as wide and short hands with short fingers belong to the most common physical signs in Patau syndrome (source: Wikipedia).

Deep palmar creases also belong to the associated anomalies in Patau syndrome (source: TheFetus.net). A single crease on the 5th finger may also be present in a minority of cases (reported in 5% of trisomy 13 cases by Hodes et al., 1978).

Post-axial polydactyly [= extra finger on ulnar side] is seen in a large majority (76%) of the Patau syndrome cases (source: A.I Taylor, 1968). 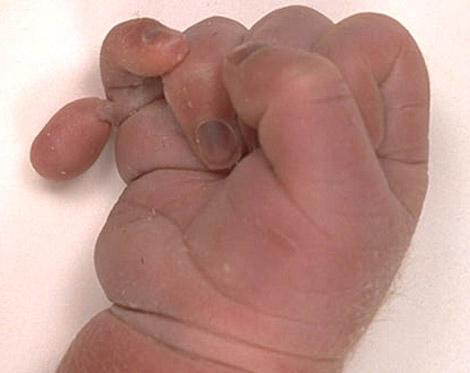 Polydactyly with overlapping fingers (clenched hand) in Patau syndrome.
All significant hand signs listed above for Patau syndrome together cover seven out of the nine perspectives of the hand as defined according Multi-Perspective Hand Reading (including hand level 2, 3, 4, 5, 7, 8 & 9).

A summary of the most significant hand sign combinations in Patau syndrome is described here:

Decoding the language of the hand:
hand sign combinations in Patau syndrome! Hand charts are available for many other diagnostic issues;
start browsing HERE