1 Hand Chart for
Openness vs. Closedness!

Openness (to experience) is a fundamental personality trait in the study of psychology and is recognized as one of the Big Five personality dimensions. Openness is is a general appreciation for art, emotion, adventure, unusual ideas, imagination, curiosity, and variety of experience. According Costa & McCrae (1990) this Big Five dimensions involves a composition of 6 facets, including: Fantasy, Aesthetics, Feelings, Actions, Ideas and Values.

The hand chart below describes how the Big Five personality dimension Agreeableness correlates significantly with hand shape, the major palmar lines & the dermatoglyphics. 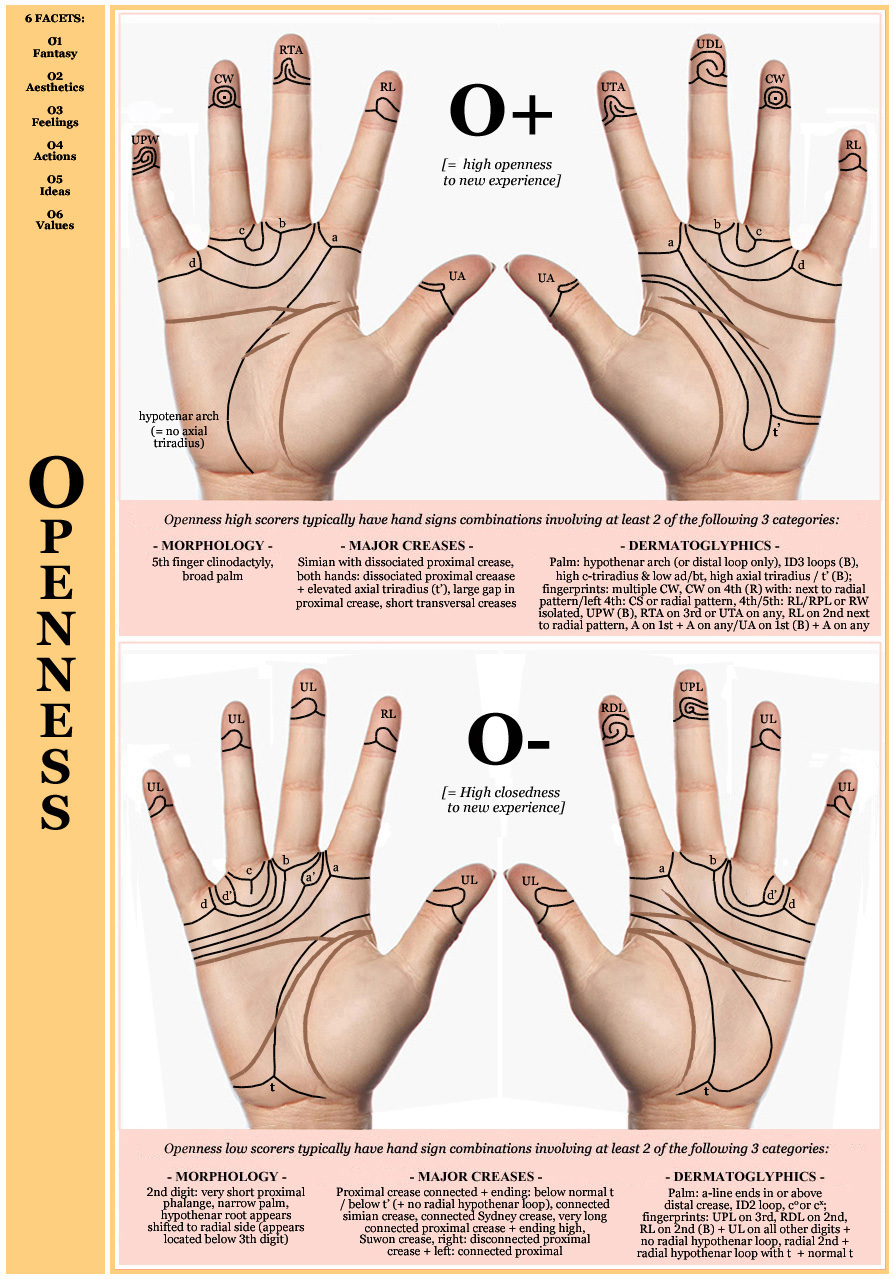 So far, it appears that the field of biometrics has hardly managed to identify significant biometry related correlates with the Big Five personality dimension Oppenness. All significant hand signs listed above for the Big Five personality dimension Openness together cover 4 out of the nine perspectives of the hand as defined according Multi-Perspective Hand Reading (including hand level 3, 5, 8 & 9).

A summary of the most significant hand sign combinations in the Big Five dimension Openness is described here:

Decoding the language of the hand:
hand sign combinations in the Big Five dimension Openness! Hand charts are available for many other diagnostic issues;
start browsing HERE