Klinefelter syndrome (= XXY syndrome) is a genetic condition in which a human male has an extra male (Y) chromosome, giving a total of 47 chromosomes instead of the more usual 46. This produces a 47,XXY karyotype. 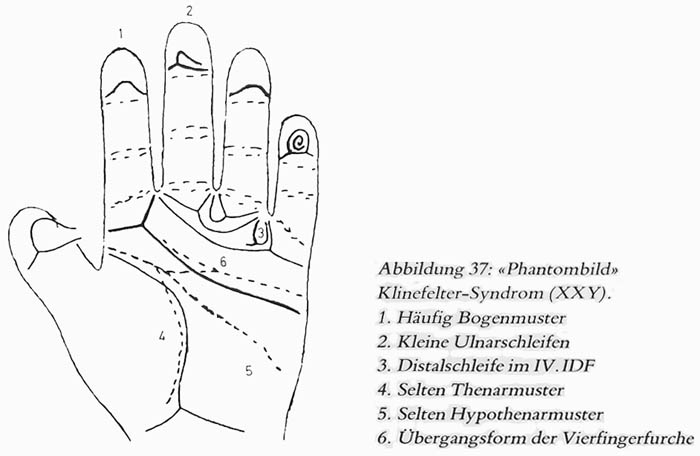 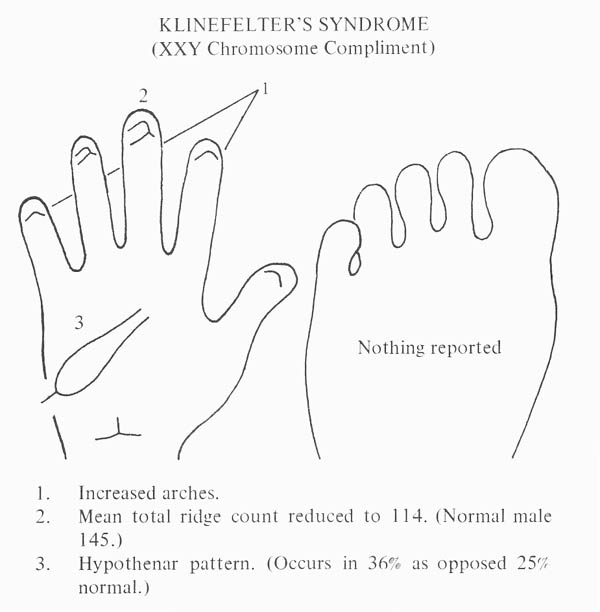 Klinefelter's syndrome has also been associated with tremor, but reports on tremor phenomenology and treatment are limited (source: M.L. Rabin et al., 2015).

Various studies report high occurence of left-handedness in KS males, but there are also studies which report conflicting results - so the effect is likely small (source: R. Boada et al., 2009).

One study reports: "KS males have mean 2D:4D values similar to those found in female population norms" and "short fingers relative to height in KS males" (source: J.T. Manning et al., 2013). Higher 2D:4D values in KS have also been confirmed in a Danish study (S. Chang et al, 2014). All significant hand signs listed above for Klinefelter syndrome together cover five out of the nine perspectives of the hand as defined according Multi-Perspective Hand Reading (including hand level 1, 2, 5, 8 & 9).

A summary of the most significant hand sign combinations in Klinefelter syndrome is described here:

Decoding the language of the hand:
hand sign combinations in Klinefelter syndrome! Hand charts are available for many other diagnostic issues;
start browsing HERE