Holt-Oram syndrome - a.k.a. heart-hand syndrome - is an autosomal dominant disorder that affects bones in the arms and hands - typical apparent malformations in the hands become visible via the thumb, manifesting as: a missing thumb [a.k.a. hypoplastic thumb] or a long thumb featured with 3 phalanges creating the looks of a finger instead of a thumb [a.k.a. triphalangeal thumb]. However, all cases of Holt-Oram syndrome have at least one abnormality involving the carpal bones of the wrist (especially on the radial side of the wrist one can expect missing- or extra bones). About 75 percent of individuals with Holt-Oram syndrome have heart problems.

One hand chart is available for Holt-Oram syndrome describing the significance of various typical features inside especially the dermatoglyphics, which manifest often combined with a simian line and/or a malformed life line [thenar crease] - see picture below. 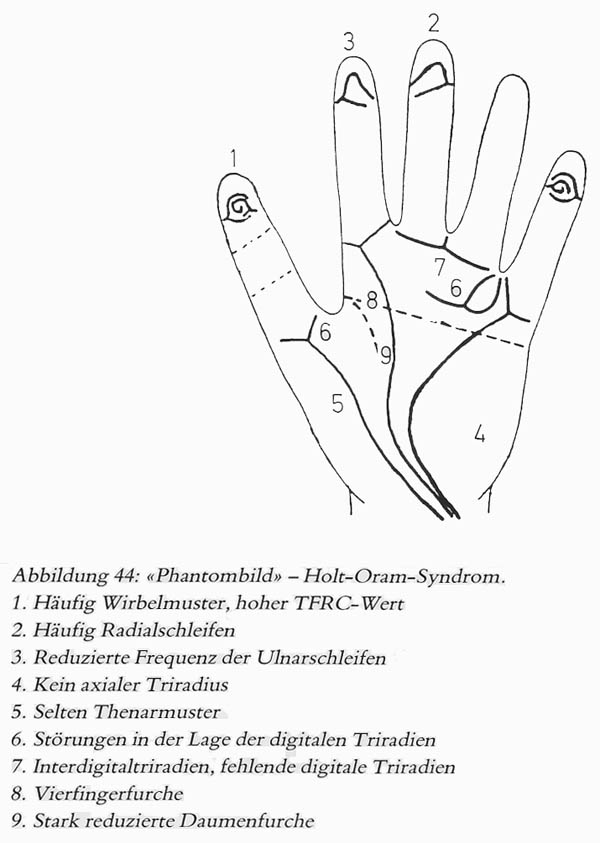 Clinodactyly & brachydactyly belong to the cardinal manifestations of HOS.

Beyond the wrist bones, one of the most characteristic findings in the Holt-Oram syndrome (HOS) involves a thumb anomaly; the condition of the thumbs may vary from absent [thumb aplasia] (35% - see photo 1st below), underdeveloped [thumb hypoplasia], but the anomaly may also manifest as a nonopposable, triphalangeal finger-like digit [first-web syndactyly] (19% - see 2nd photo below). Duplication of the thumb [a.k.a. preaxial polydactyly, split thumb] is also a possibility.
Radial dysplasia (type 0), featured by missing wrist bones + congential thumb hypoplasia; Lisa's story is reported HERE (after this report her diagnosis for Holt-Oram syndrome was confirmed in january 2018 through genetic testing). 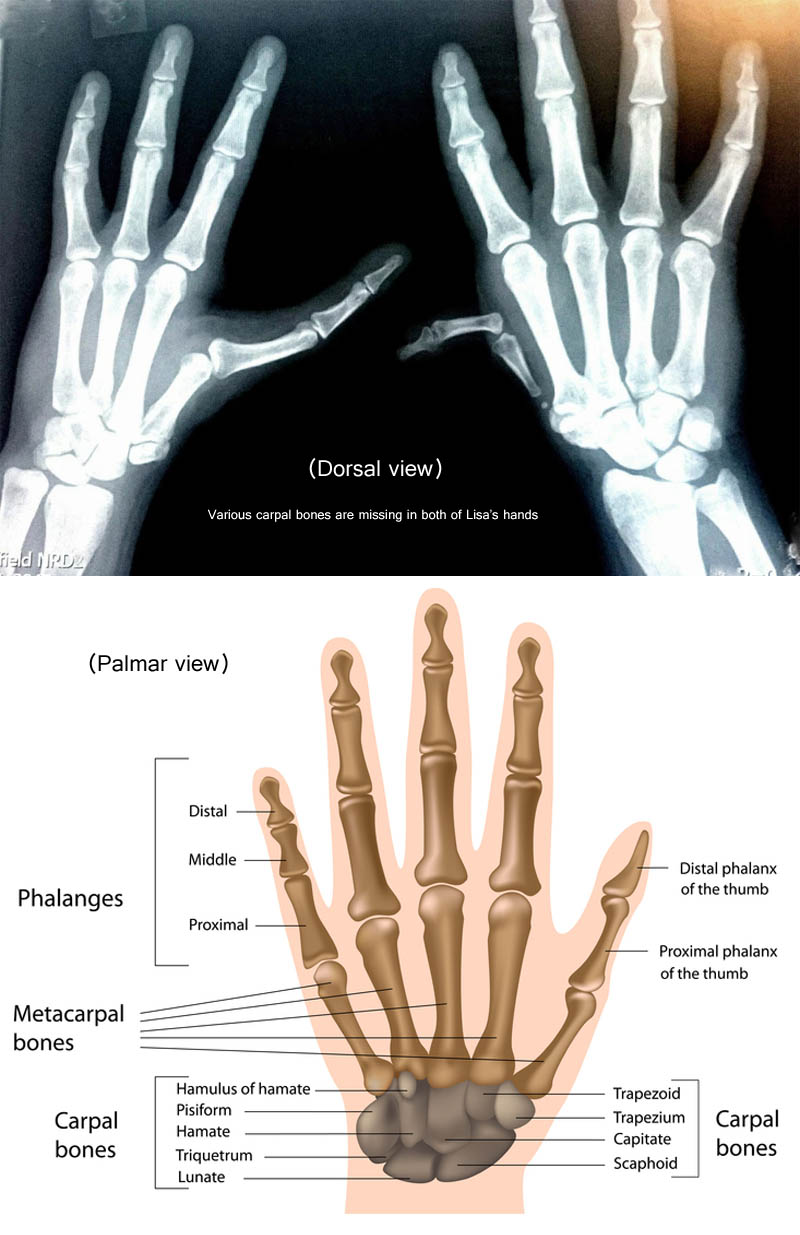 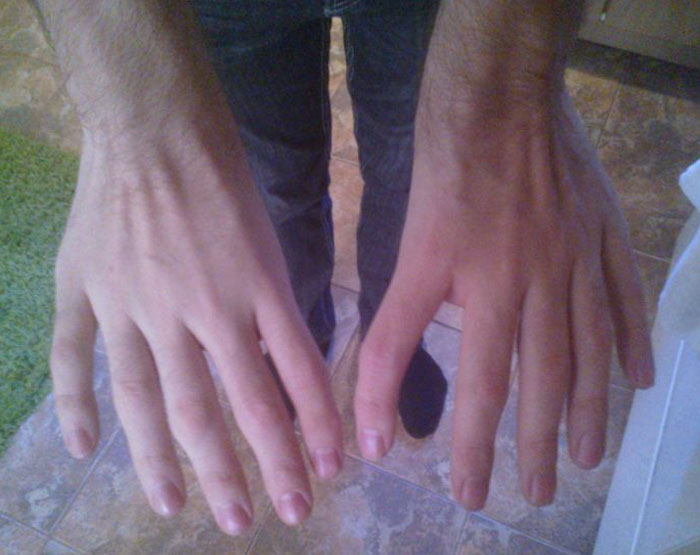 Thumb anomaly in Holt-Oram syndrome manifesting as
a (nonopposable) finger-like digit.
All significant hand signs listed above for Holt-Oram syndrome together cover four out of the nine perspectives of the hand as defined according Multi-Perspective Hand Reading (including hand level 2, 5, 8 & 9).

A summary of the most significant hand sign combinations in Holt-Oram syndrome is described here:

Decoding the language of the hand:
hand sign combinations in Holt-Oram syndrome! Hand charts are available for many other diagnostic issues;
start browsing HERE