Edwards syndrome, also called trisomy 18 or trisomy E, is an chromosomal condition that causes severe birth defects in newborns; many babies born with trisomy 18 do not live past one month of age.

Quite a few detailed hand charts are available for Edwards syndrome; most charts describe the significance of various typical features inside especially the dermatoglyphics, which manifest often combined with a simian line (= single transverse flexion crease) and/or a single interphalangeal crease on the pinky finger. 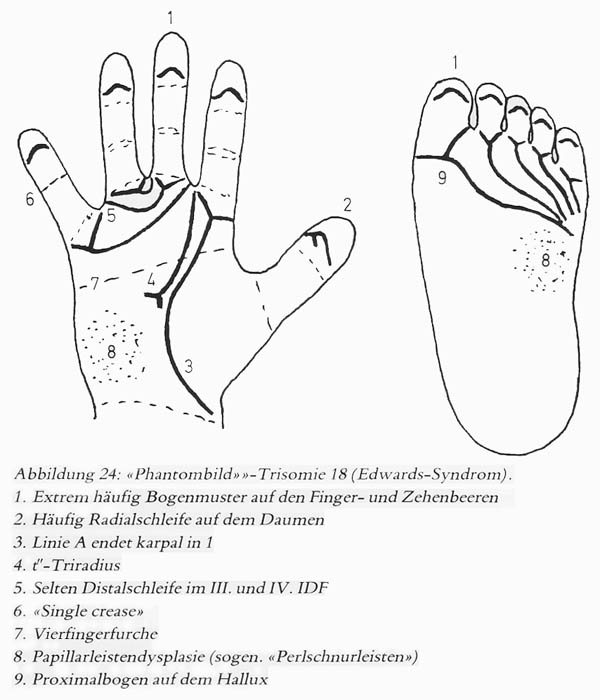 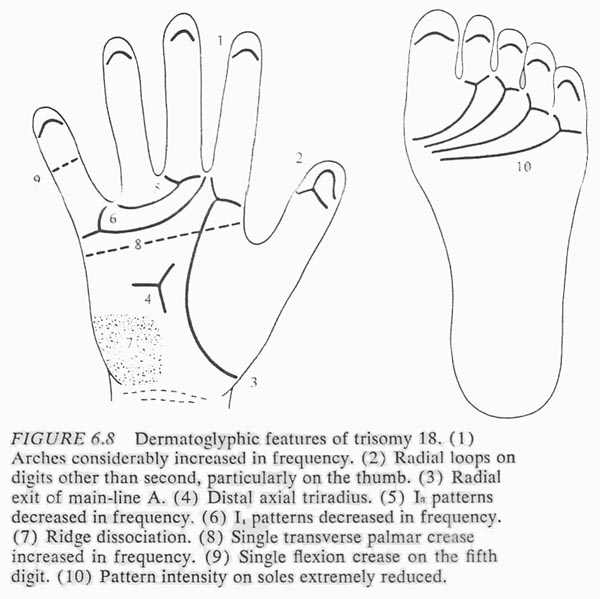 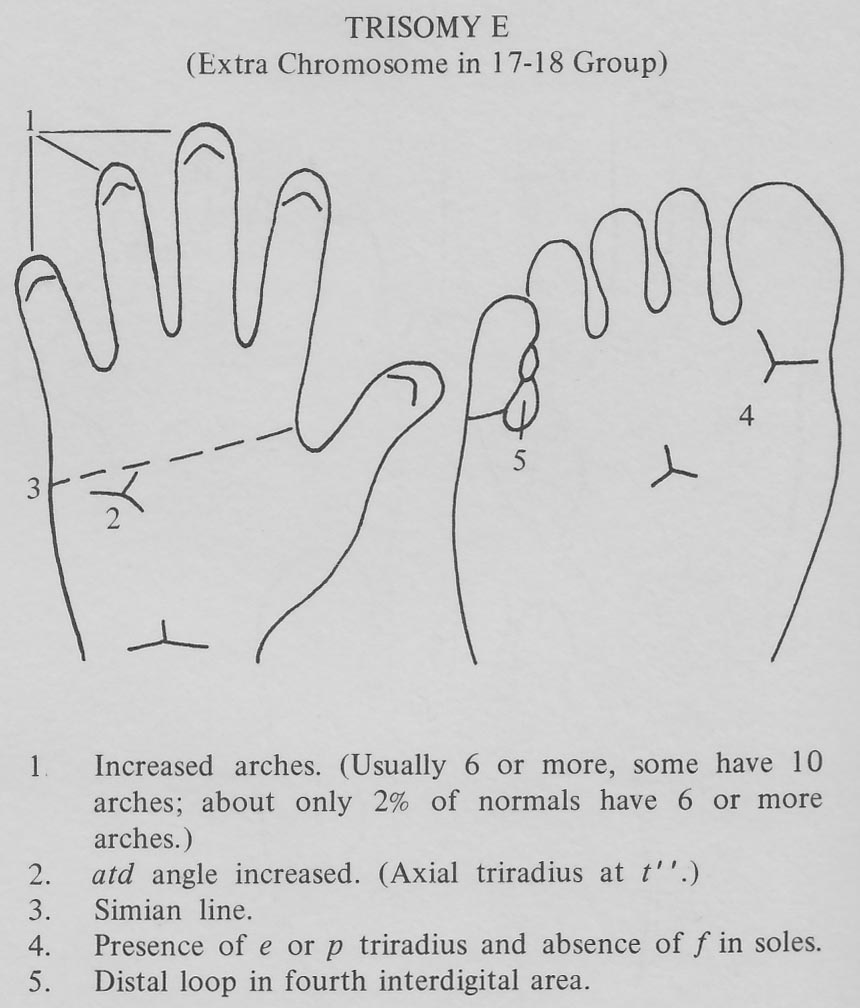 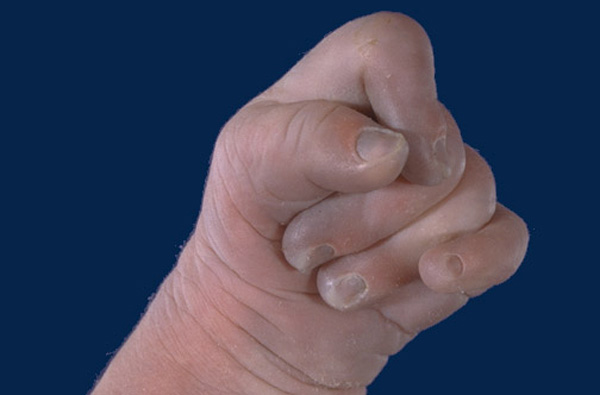 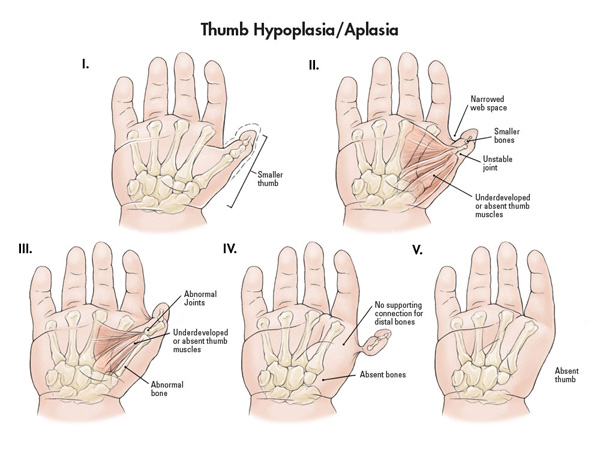 Five stages of thumb hypoplasia/aplasia.
Underdevelopment of the nails [= hypoplastic nails] is also very common: 63%; long, hyperconvex nails are also relatively common: 17% (source: A.I Taylor, 1968). All significant hand signs listed above for Edwards syndrome together cover five out of the nine perspectives of the hand as defined according Multi-Perspective Hand Reading (including hand level 2, 5, 7, 8 & 9).

A summary of the most significant hand sign combinations in Edwards syndrome is described here:

Decoding the language of the hand:
hand sign combinations in Edwards syndrome! Hand charts are available for many other diagnostic issues;
start browsing HERE