Cornelia de Lange syndrome - often termed Bushy Syndrome or Amsterdam dwarfism - is a very rare genetic disorder present from birth, but not always diagnosed at birth; it causes a range of physical, cognitive and medical challenges and affects both genders.

Quite a few detailed hand charts are available for Cornelia de Lange syndrome; most charts describe the significance of various typical features inside especially the dermatoglyphics, which manifest often combined with a simian line (= single transverse flexion crease) and/or a single interphalangeal crease on the pinky finger. 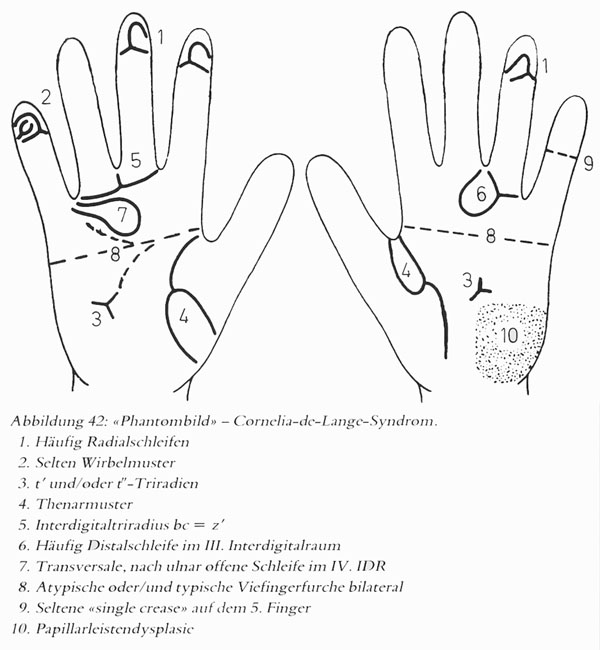 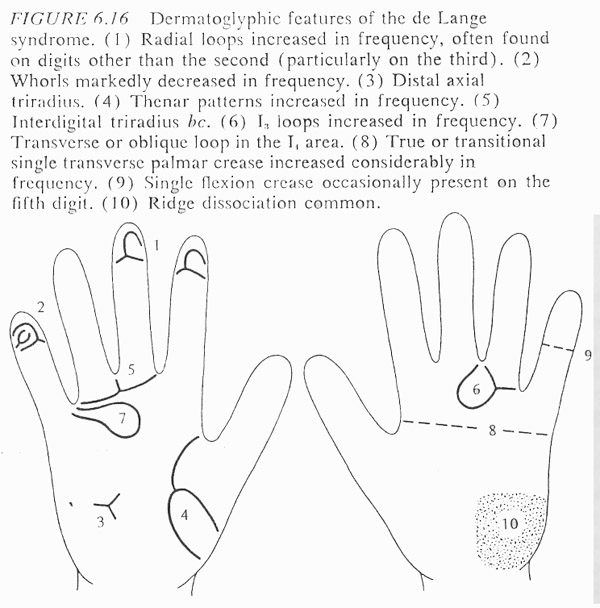 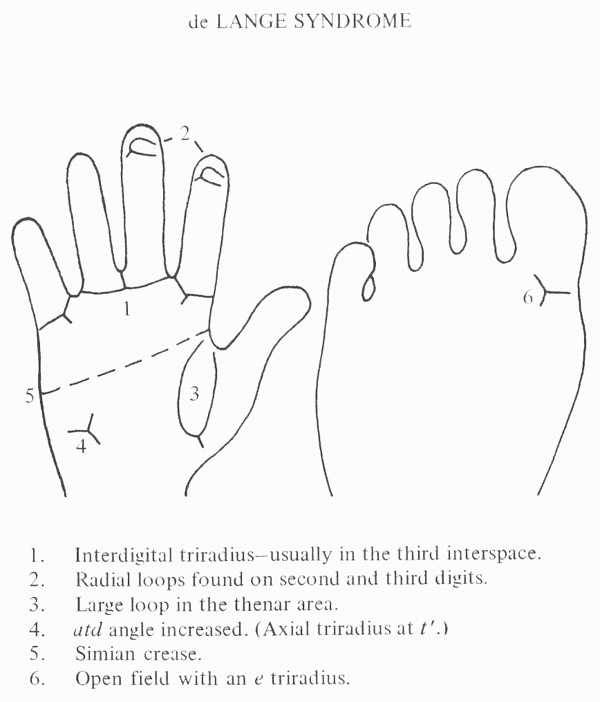 In most infants with Cornelia de Lange syndrome, the hands show various mild defects such as: small hands for their size [micromelia]; the thumbs may be abnormally positioned - i.e. proximally placed; in addition, affected individuals may have short fingers that become smaller and thinner toward the ends (tapered fingers), fifth fingers that are permanently curved toward the ring finger (clinodactyly), and/or, in up to 30% absence of one or more fingers [oligodactyly] - see first picture below (source: NORD).

Hypoplasia of the medial phalanx of the fifth finger (or 2nd finger) and hypoplasia of the first metacarpal (resulting in a short, thick bone) is very specific for CdLS, and affects 90% of postnatally evaluated patients [Braddock et al., 1993].

A high proportion of the infants also has one or more structural defects; a summary of the most common variations has been described in the article Characterization of Limb Differences in Children With Cornelia de Lange Syndrome (2016). 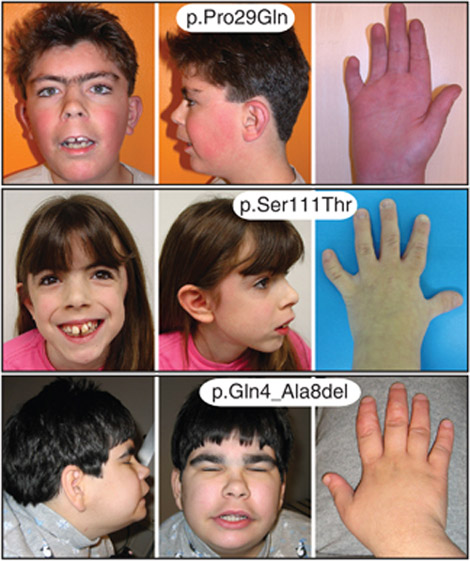 A summary of the most significant hand sign combinations in Cornelia de Lange syndrome is described here:

Decoding the language of the hand:
hand sign combinations in Cornelia de Lange syndrome! Hand charts are available for many other diagnostic issues;
start browsing HERE